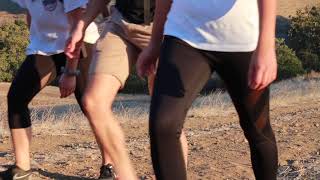 “Taking more and more passengers out into space will enable them, and us, to look both outwards and back but with a fresh perspective in both directions” - Stephen Hawking

The era of peacetime space exploration is here. Since the first astronaut orbited the Earth successfully in 1961, over 500 people have been to outer space. Now, due to the privatization of aerospace manufacturers, the final frontier is largely within reach of civilians — if you’ve got the cash, that is. Starting with American businessman Dennis Tito in 2001, seven “space tourists” have paid for trips to the International Space station to the tune of $20M or more. One of them even went twice. In 2020, space companies backed by big players — Blue Origin (founded by Jeff Bezos), Virgin Galactic (founded by Richard Branson) and SpaceX (founded by Elon Musk) — are duking it out to be the first successful transporter of a regular stream of paying astronauts.

You’re not alone if you wanted to be an astronaut as a kid, and now you can get there without taking all of the years of physics at MIT. Considering only 566 of the 7 billion of us have ever passed the invisible earth-space boundary line, the odds of seeing the earth as a big blue ball have, until now, have been stacked against you. Currently, it’s about 80x harder to get accepted into NASA’s astronaut program than it is to get into Harvard. Now that commercial space flight is an option, tourists and scientists alike have a much greater chance of heading out to the great Beyond. Last year, NASA decided to allow paying customers to stay at the hôtel d’ International Space Station for the low price of $35k per night. While that may be a lot of money for even the average fat cat, it’s a drop in the bucket for companies who want to do anything from test materials to film commercials in space. As transportation to the celestial heavens becomes more common, it will only get safer, cheaper, and easier, paving the way for humans to become an interplanetary species down the line.

Hey man, it’s 2020. Let’s blast people into space for fun… What could go wrong? The failure rate for manned rockets over the last 20 years has been about .8%, with unmanned even higher at 6.6%. The chance of dying in a car crash is about .01%, so, safety-wise, getting in a rocket for a leisure trip is still significantly higher than driving to Vegas. Okay, but what about the environment? One researcher found that it would take 3,512 launches of SpaceX’s Starship craft per day to equal the carbon emission output of airplanes. So, actually, a single rocket launch is objectively not that bad. However, rockets do inject pollutants straight into the most vulnerable levels of our atmosphere, the effect of which has not fully been studied. A single rocket launch can emit more CO2 than a car would emit in two centuries, so it’s something to keep in mind. Commercially, space is somewhat of a terra nullius, a lawless land. Virgin Galactic has already mentioned “earth-orbiting hotels”, which has the potential to be the coolest thing since sliced bread or the strip mall of outer space. Let’s not even talk about Tom Cruise’s upcoming movie to be shot in the International Space Station.

Ready to see the big blue ball for yourself? At press time, a $250k ticket to space through Virgin Galactic will get you into suborbital space for a cheeky peek around. A round-trip flight deeper into orbital space would set you back about $60M, though prices haven’t been officially released from participating companies. NASA is set to open the ISS this year for paying customers this year, and there are also plans in the works for other companies like Axiom to build their own, privatized space stations. Virgin Galactic is already taking sign ups and deposits for their next space trips, though they’re prioritizing those who signed up before December of 2018.

As the convenience and ease of going to space grows, a wide range of industries will scramble to be the first to take their work up into the cosmos. From tourism to materials manufacturing to TV and entertainment, expect to see a wave of innovation and space-related content arise. Space tourism is the gateway to space colonization, which has always been Elon’s endgame. In January, one of Musk's Twitter followers asked, "So a million people [on Mars] by 2050?" His answer: "Yes."

Whether we’ll live in floating space pods or attempt to farm the red dirt of the fourth planet is anyone’s guess, but you can bet that something of the like is on the menu.